Is it us, or does the “energy” seem weird this month? Wars, inflation, and the unrelenting waves of daily and often dramatic change sculpt our way of living one day without our permission. What happened to freedom of choice?

As the world violently restructures, we have limited our news viewing habits to preserve our energy and sanity. However, despite our efforts, we found out the news can still find you via an incoming text.

Two of them. The first text came from our long-time friend of sixteen years. He was the barista who helped us architect our community. Now, our friend works at the city morgue in administration. Late one afternoon, he was going through the files, and he saw her name in disbelief, texting us immediately.

“Do you remember Katie?  She worked at the coffee shop downtown.”  “Of course, I do.” thinking back to our days gathering there. It was a community meeting place of sorts. Katie was a barista, and you know how we love our baristas.

A few weeks later, while pouring my morning cup of coffee, I heard my phone bing with a new text from my son, “You may want to sit down for this one.”

My thumb clicked on the news video from a local television station. As the video loaded, the face of my mechanic of 15 years appeared. The local police placed his hands into a pair of handcuffs. Scrolling at the bottom of the newsfeed was his name and business. No mistake, it was him.  They showed security camera footage that spotted him moving his wife’s body from the hotel they stayed in a while traveling abroad. Again, his name scrolled at the bottom of the screen. There he was on the local news, arrested for the murder of his wife. I forwarded the video to our friend who works at the city morgue. Our friend, who had known our mechanic for years, even invited him into his home several times and texted back his shock in colorful angst.

We both found the news shocking. Our mutual acquaintance always went out of his way to help his customers and people in his community. He had given refuge to a homeless man in his garage, giving him food, shelter, and a job. He went out of his way to pick up disabled cars, fix them on the spot, and charge us below-market rates. His work was exceptional.  I never thought this man capable of murder.  I know; it is cliche.

We know a murderer and someone murdered.  Words I thought I never would say. Yet, those words tumble out on the page.

People in our community have touched our lives in meaningful ways and are either locked up or dead. 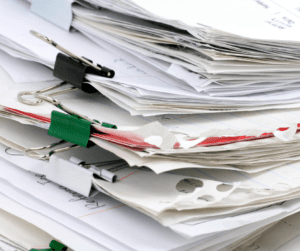 The good news is we have access to more funding. The challenge is the paperwork. Lately, we find ourselves in a paperwork avalanche.  Insurance forms from the van accident, dealing with two insurance companies and the District Attorney, Mikelle’s Disability Redetermination, and the subsequent follow-up on the redetermination to ensure everything was complete. Then, of course, they needed additional information,  No letters or phone calls to us. Staffing shortages have impacted communication efforts between the city and county, increasing our need to advocate.

We have learned over the years not to assume they have the necessary paperwork or they can contact us to tell us they want more information. So we keep calling until we have a solid approval because we sure don’t get a letter anymore telling us. And, yes, after waiting through 84 in the queue, Mikelle is finally approved.

You all know that hiring new team members after the years of the pandemic is more complicated.

Fortunately, we learned our lesson. Sites like Indeed and Care.com are pretty expensive we decided to go back to craiglist.com. For years, we found exceptional team members there. That was back when our ad stood out and lasted on the front page for days, not hours. So we didn’t expect much when we posted our ad again in February. Within a week, we had two qualified applicants. After two sets of interviews, two eighteen-page applications, and background checks, a month-long training for each, they are finally hired.

Now, on to Section 8 housing, due in 10 days, and I am traveling for three of those days while attempting to complete my tax return.

And that is just the paperwork side of things. But, we are building back better, and it has been worth the time investment.

What Happened to Our Budget? Inflation 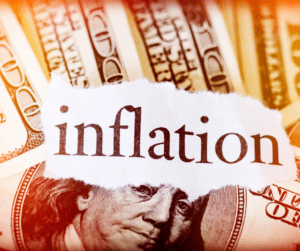 Mikelle’s budget has been blown apart with her new car payment, increase in insurance, and rising gas and grocery prices. Our March Madness now includes a great deal of budgeting. Questions arise. Do we cut cable? Do we drive less to avoid those $4.00 a gallon fuel prices? Do we cut out some of the supplements Mikelle takes? Many of them are up 30 percent. Lots of questions but few answers yet.

These times challenge us to “shine beautiful” in the world’s darkness. We admit to feeling overwhelmed. We are accustomed to periods of overwhelming responsibilities, but the violence is new to us. The Ukrainian War is frightening. Yet, we have little control over the outcomes leaving us to focus on our health and well-being for now.